Our Nursery is going from strength to strength, and as we get to know our girls, we can learn from them too, and have recently added a home corner and introduced role play.

The reasoning behind this change has been to teach the girls respect and care over our resources as this was an area which needed improvement. We removed the plastic food and plates and other utensils and replaced them with wooden food, silver bowls, pots and pans and real objects – a ceramic tea set, teapots, jewellery, phones and computer. The number of resources was limited to four of everything – four cups and saucers, four dolls etc, to show the girls how many could play in the area at one time. 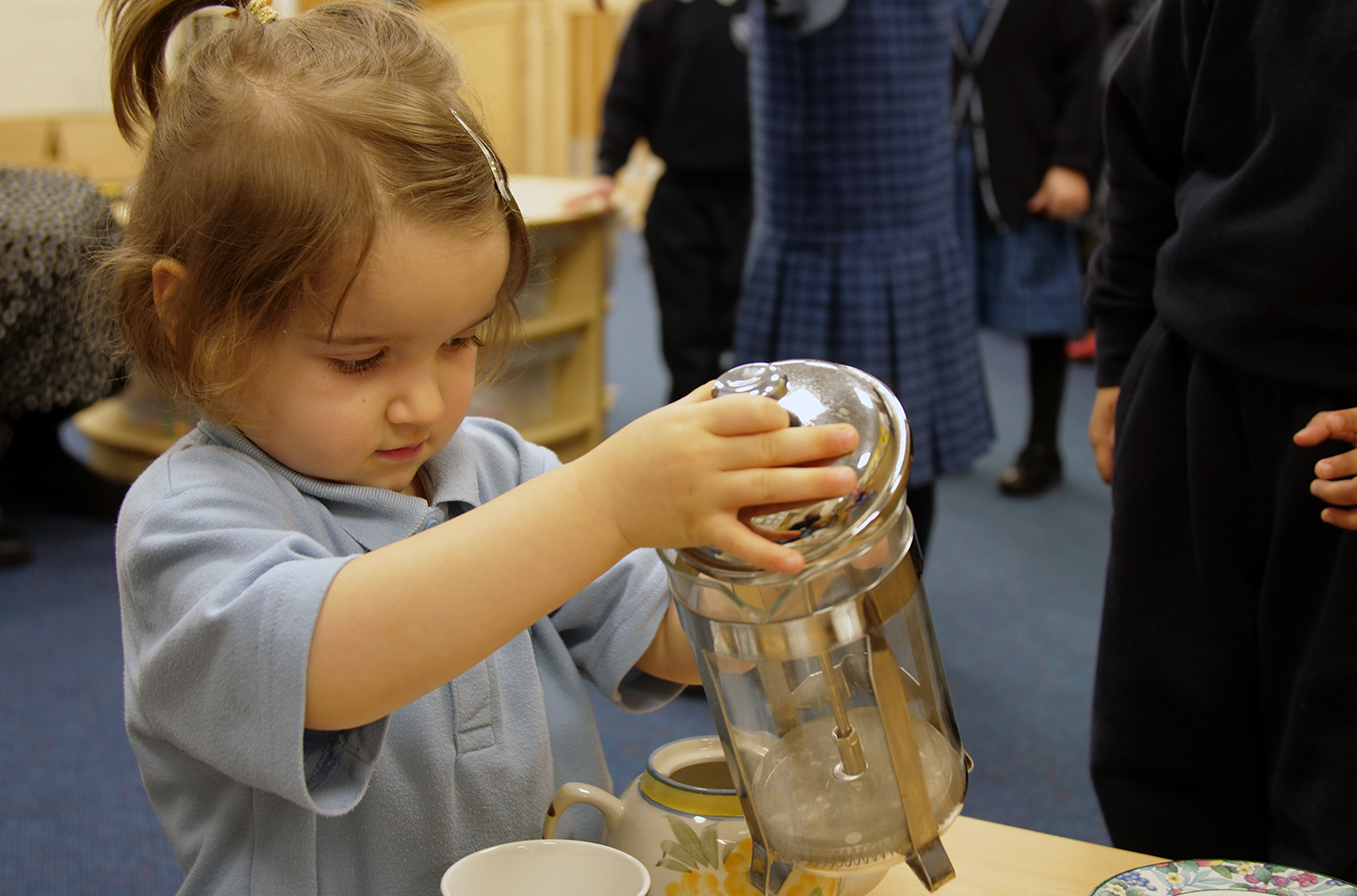 This is all loosely based on The Curiosity Approach which is a current initiative in Early Years, and research has proven how popular these resources are and how well children learn from and respond to them.  This has been evident here at school.  We are also now following the interests of the girls much more and have loose topics rather than set themes each half term. This ensures the girls gain as much as possible from their learning activities and paves the way for their own learning by giving them a sense of ownership on how they want to learn.

The changes have been very positive and include: 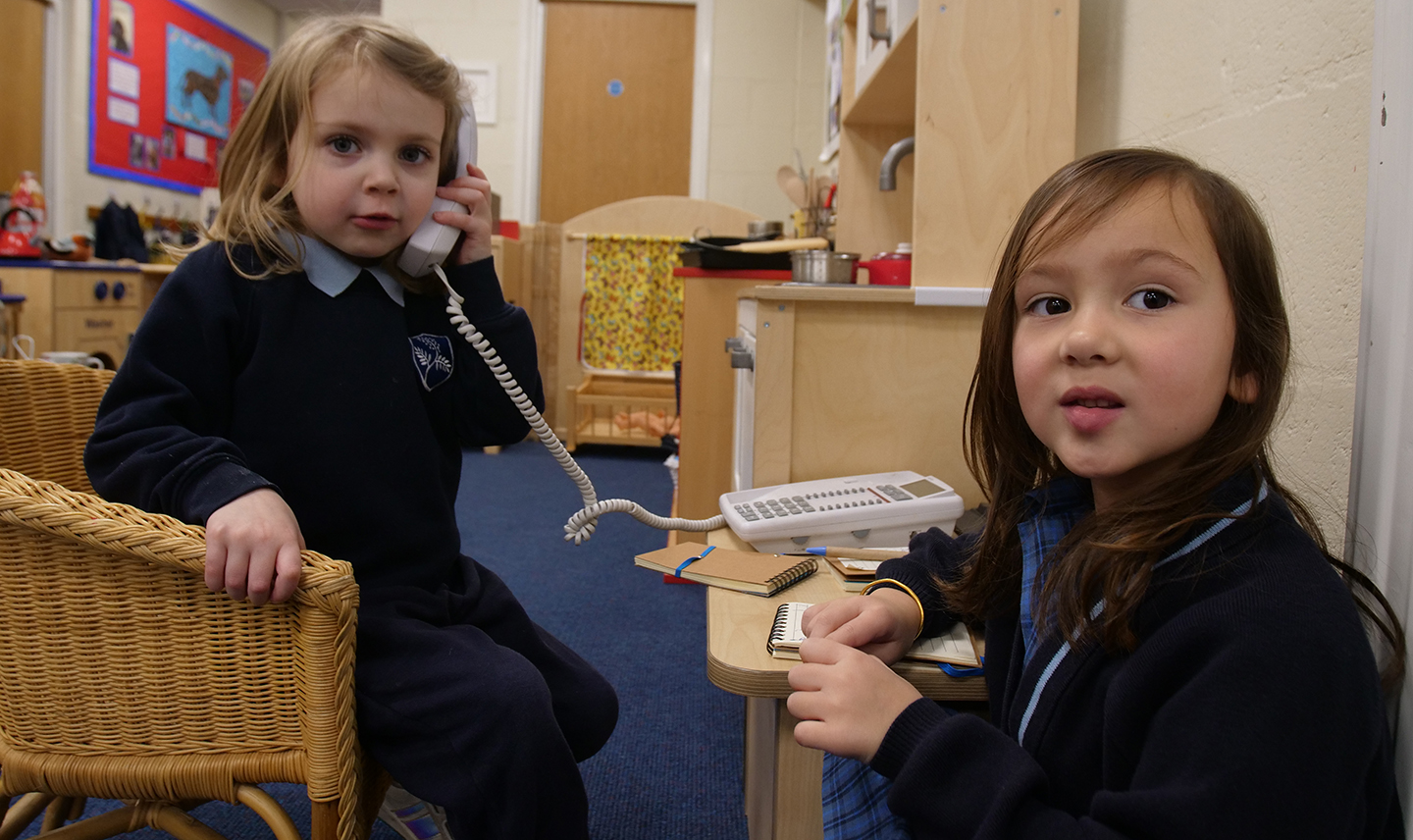 We have also added an area called a deconstructed role play which, although it looks very messy, is a great way to capture and enhance learning and imagination. This consists of large cardboard boxes, tubes, crates and materials which are then enhanced with smaller resources depending on the interests of the girls at that time. Play so far has included pretending the boxes are houses, caves, boats and spaceships. This play has been enhanced through books relating to the themes of play and small world toys. 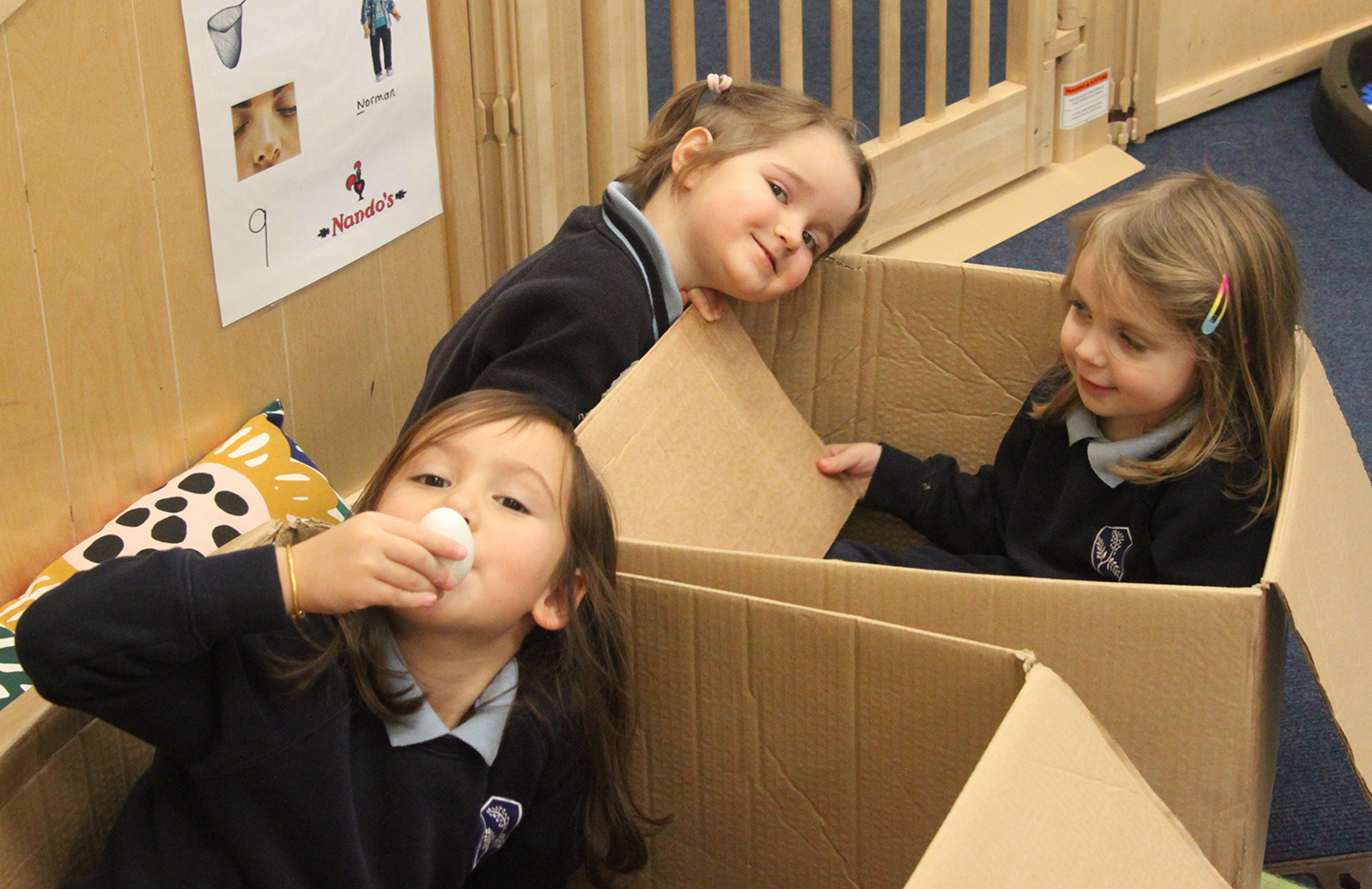 One example of how this has been extended is when the girls pretended the boxes were a cave. We read The Bear Hunt and acted it out. We then created a sensory version of the story using instruments, thought about how the bear was really feeling and then pretended we were the family and made a picnic in the cave to share with the bear. This links well to our new way of planning and learning based on the interests of the children, and the girls are absolutely loving this new way of play and are much more focused when their interests are built upon.