Being part of the GDST family of schools provides our girls with so many amazing opportunities. One such opportunity is described here in the words of 2017 leaver, Louisa Patrick Sotelo, who was awarded a travel scholarship and had the adventure of a lifetime.

In March 2017, I received a generous donation of £500 from the GDST to help kick start my gap year with a 6-week life-changing trip to Peru. As a fluent Spanish speaker, I took on a hands-on role as a volunteer in a clinic, located in Cusco, to gain valuable clinical experience whilst providing care and 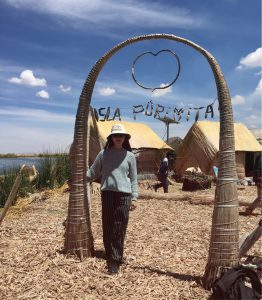 treatment to people residing in one of the poorest areas in Peru. I spent 4 weeks working closely with healthcare specialists where I rotated around various departments, including obstetrics, paediatrics and general medicine. The trip to Cusco helped me gain international work exposure and interaction with the local people to learn more about Peruvian culture and environment that I grew up in as a child (my mother is Peruvian). 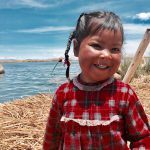 I volunteered with the medical team at the Calle Siete Cuartones clinic to provide support with their healthcare services. This support ranged from organising patient records to assisting medical professionals with routine check-ups. The experience was invaluable; doctors taught me many things including the importance of holistic care and more specifically how to use a hand held Doppler monitor to detect a foetal heartbeat. I also learnt about the institutional role of the church and its influence over healthcare and how it dictates the laws on things like abortion and euthanasia – both of which are illegal in Peru. 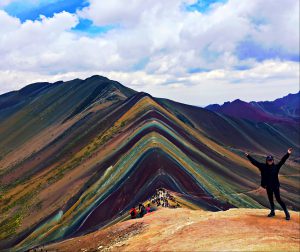 Outside of my work at the clinic I undertook a medical Spanish course where I had 60 hours of lessons. This helped me communicate better with the doctors, nurses and patients; I was then allowed to carry out a few minor procedures such as wound dressing. During my classes the teacher and I would discuss controversial topics headlined in the Peruvian newspapers and would also go through transcripts of a doctor-patient consultation to improve my understanding. I learnt about the complexities of the Peruvian healthcare system as well as access to care – healthcare is free for those on low incomes.  Shadowing doctors as they carried out the more complex procedures was particularly insightful as it allowed me to compare those in Peru versus those in England.

During my free time, I visited the major tourist attractions which included one of the great wonders of the world, the lost city of Machu Picchu. Exploring the Sacred Valley, climbing the Rainbow Mountain, boating across Lake Titicaca and exploring the ancient ruins of Machu Picchu were the highlight of my trip. Whilst in nearby Puno I stayed on an island, Amantani, sandwiched between Peru and Bolivia. I climbed to its highest summit and stayed with a local family where I lived without running water or even a phone signal! Peru is incredibly rich in culture and history and I enjoyed learning about the traditional lifestyle lived by the Uros on the floating island, the Spanish conquest of the Incan Empire in the 16th century, and about the indigenous Quechua people.

I hoped to make a lasting difference not only to the patients but also to local orphans and other disadvantaged children. I took with me over 70 gifts ranging from stationery sets to soft toys and distributed them to orphanages and schools in Cusco. It was very uplifting to see the smiles on the children’s faces that I visited; many were deaf, mute, orphans and some had been victims of abuse. I know that my personal contributions were modest but I hope that they made a small difference to a community struggling to escape from social problems resulting from abject poverty. 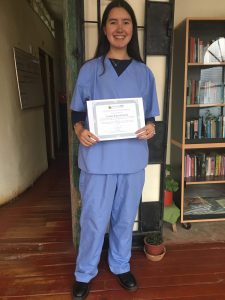 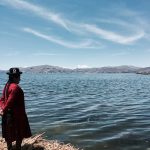 After spending 4 weeks in and around the Cusco region, I then travelled to Lima to explore the capital city for a further 2 weeks. I visited the Catacombs of Lima where I learnt more about Roman Catholicism, and The Place of Memory, Tolerance and Social Inclusion where I learnt about Peru’s history of conflict and corruption.

Six weeks of solo travelling and volunteering in Peru made me independent, adaptable and confident. This will help me massively when living away from home whilst at medical school. Upon reflection, I can certainly say that this experience has given me a better understanding of the disparity in access to medical care in a developing country. It also left me wanting to return! I would like to sincerely thank the GDST for awarding me the Dr Lucy Campion Scholarship.