Our Infant and Junior School girls enjoy a wealth of amazing school trips all year round. They are all fantastic experiences, and these two recent trips for Year 4 and Year 6 have been pretty special.

An exciting and inspiring Humanities offering sits at the heart of our Infant and Junior creative curriculum, and seizing opportunities to underpin classroom learning with memorable experiences is a challenge that we relish. So when the Saatchi Gallery announced that it would be hosting an exhibition of key artefacts from the tomb of Tutankhamun – before they return to Egypt forever – we knew it would be only right and proper to ensure Year 4 a visit to see King Tut’s treasures. 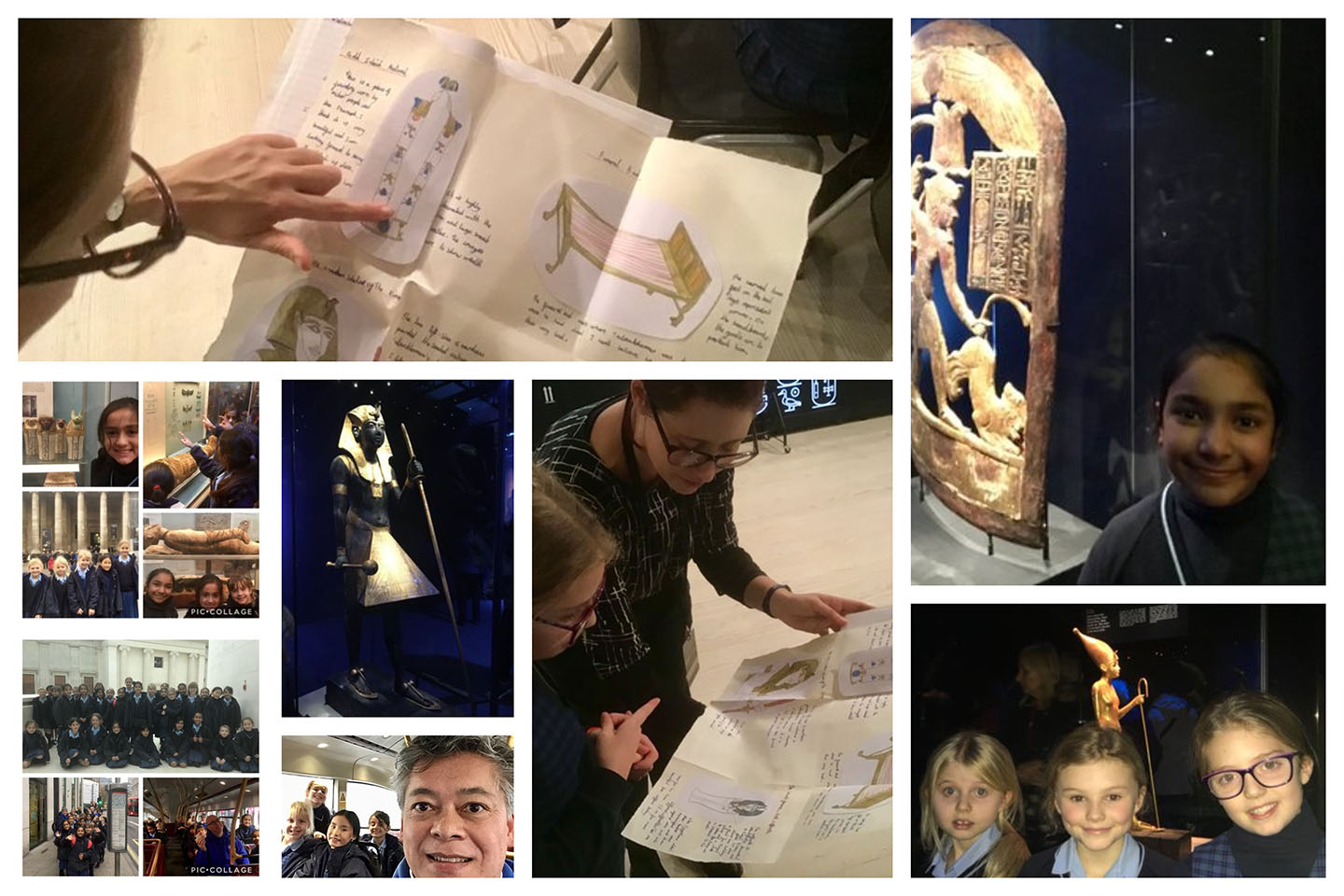 This trip was months in the planning and would not have been possible without the RESILIENCE of the girls who arrived at school before 06:30 and the POSITIVITY of the parents who patiently awaited our return, delayed by countless roadworks and motorway holdups.

It was all worthwhile – at the British Museum, the girls impressed us with their knowledge of ancient Egyptian funerary goods (they are now quite expert in all manner of unfortunate creatures embalmed and wrapped), with their recognition of Egyptian deities, and their appreciation for primary evidence in general.

There then followed an exciting trip across the West End on the top deck of a number 19 bus – possibly the most scenic packed lunch venue ever conceived!

Year 6 and Harry Potter (by Kitty, May, Millie and Anna)

“We had an absolutely amazing time at the magical Warner Bros. Studios on Thursday 28 November. We learned how a film is made from a script. In our VIP workshop, we took on the roles of: producer, director, helicopter pilot, costume designer and concept artist as well as many others.

After our workshop, we were very keen to explore the studios. After three knocks on the doors to the Great Hall, we started the magical tour, which was decorated with Christmas snow. It was so amazing to see all the Harry Potter artefacts and . . . Dobby. We also saw Aragog in the Forbidden Forest – all of the spiders moved! The highlight of the tour was a fierce life size holographic dragon, which spread fire across Gringotts Bank. 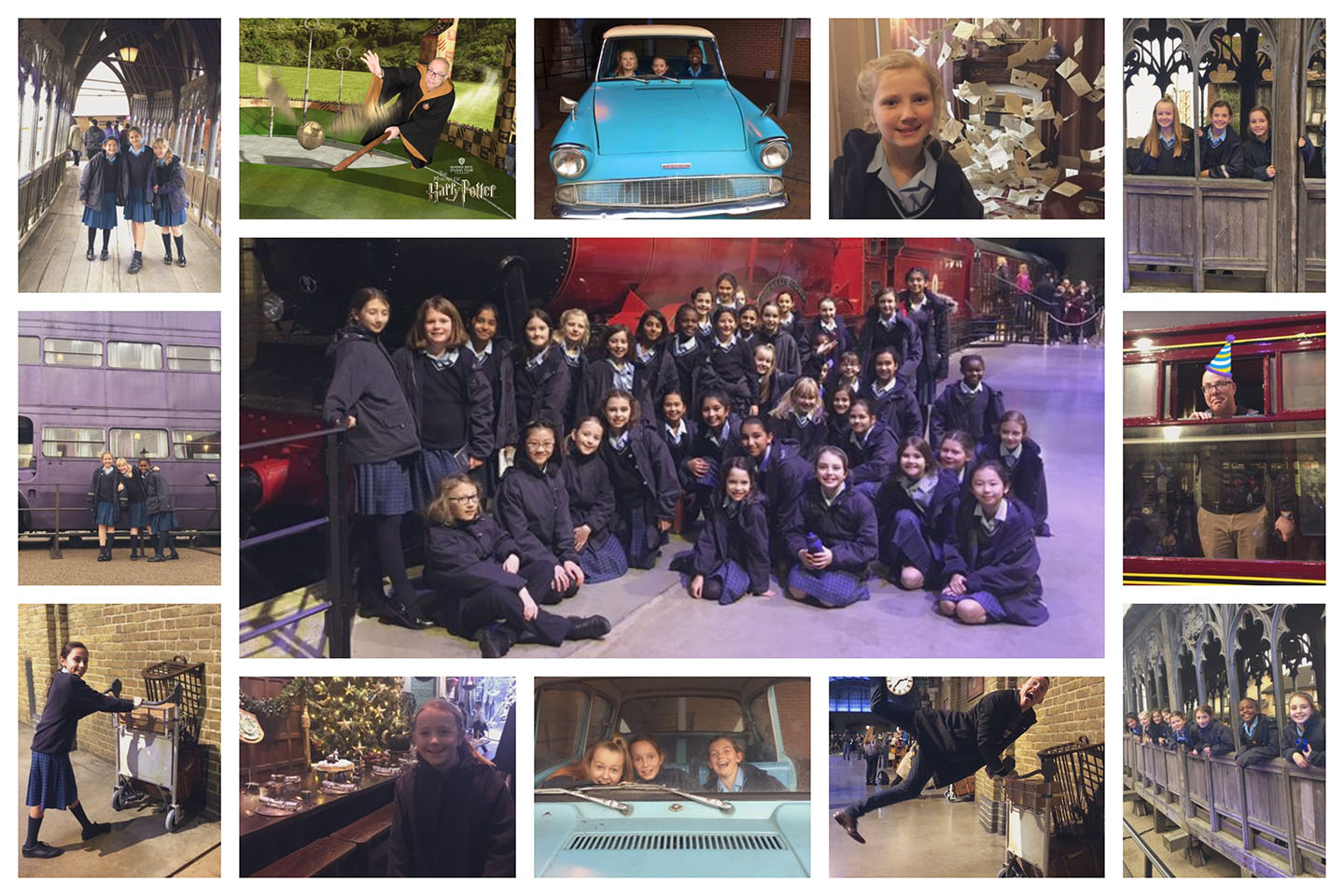 It was fascinating to see how the broomstick scenes were filmed. We got to ride on a broomstick in front of a green screen. We will never see Quidditch in the same way again. We also walked down Diagon Alley, and saw the exteriors of the shops; it was fun to see the magical products inside such as Puking Pasties and Ollivanders’ wands.

Some interesting facts:
Did you know that Daniel Radcliffe broke 82 of his wands whilst filming? He liked drumming with them!
Did you know that the food in the Great Hall is made out of metal?
We would totally recommend this trip!”

As you can see from the words and the pictures, the girls and staff thoroughly enjoyed themselves. Bringing education to life in this way is all part of the NGHS provision.