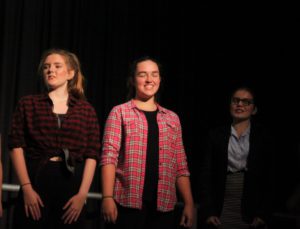 Our House Performing Arts festival at the end of September was the usual mix of fun and talent enjoyed by the girls and the staff and parents too.

In time honoured tradition, Year 12 girls skillfully wrote the scripts and produced the pieces to be performed by each House group for this year’s theme of ‘Murder Mystery’. The girls love this event and always throw themselves into it with great enthusiasm. 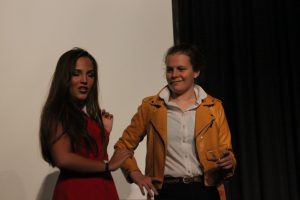 Each of the four Houses rehearsed endlessly to perfect their acting, singing, dancing and musical performances ready for the big night. They played out their routines in front of the school to begin with, and then before an audience of staff and parents on the actual day. It was a tremendous success as it always is. The comedy and drama were amazing and the girls did so well, enjoying themselves hugely into the bargain. 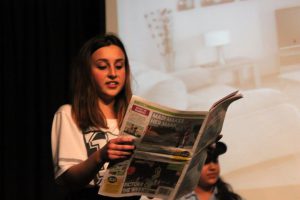 At the end of the week it was time to dish out the ‘Oscars’ and while each House managed to scoop at least one for something or other, the overall winners were Luxton – well done girls!

There is a flickr album of photographs which gives a taste of each of the performances and shows the girls with their awards.