I don’t trust atoms — they make up everything. But I do trust iPad use! Joking aside, the introduction of iPads and Apple products for both pupil and teacher use continues to be an exciting step in our evolving use of technology — a fantastic tool to enhance and extend our teaching and learning throughout the sciences. Without doubt, it has opened up a wealth of new opportunities, methods and applications that we were suddenly able to explore and implement. 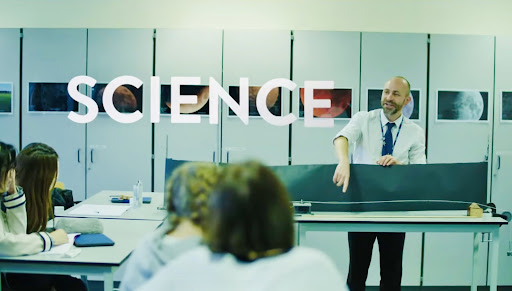 Initially, the iPads became a very quick and effective way of sharing a set of sample answers of a mark scheme with pupils as they worked through tasks in a lesson. The AirDrop feature meant that a pupil could ask for these once they were happy with their responses and then be sent these individually as required — this also allowed for different pupils to have different versions of these tasks and to work independently through a series of tasks (comparing and correcting their answers as they went along and enabling them to ask for help on an individual basis as and when needed). This process was further extended with the introduction of linked resources within the task that pupils could click on and access if they were finding a particular section or activity more challenging — again allowing for more resilient and independent learners. 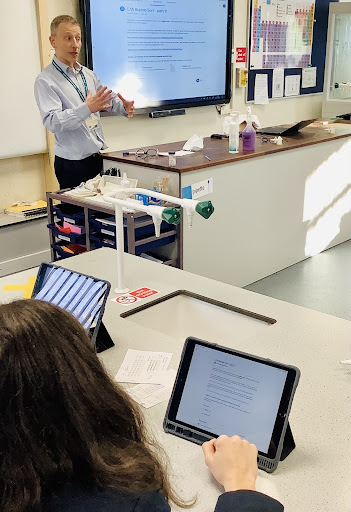 As we moved into the national lockdown, an incredibly useful feature of the iPad was the production of recorded board notes with video and audio. The most commonly used app for this was Explain Everything. Rather than teachers following ‘chalk and talk’, this was far more interactive, allowing pupils to be sent sections of notes and explanations — shared via Google Classroom, that they could review at their convenience and revisit as and when needed — as well as ‘live’ feedback and meetings. Some pupils also enjoyed the option of being able to mute my voice in these recordings and just making use of the notes instead! The follow-up task activities that tested their understanding and application of these notes were also issued via the iPads and Google Classroom — making use of the PDF editing tools available via the touch screen and stylus products.

In delivering ‘live’ lessons, the iPad became invaluable as part of the Google Meet set-up for conducting these lessons; the ‘screen share’ function allowed the iPad to be used as a practical demonstration and simulation tool, making use of Phet and other simulation apps that allow staff to model a practical and pupils to conduct online, virtual experiments in order to collect and manipulate their data. The Genius scan app was, yes, genius! It allowed physical documents to be turned into shareable PDF files and pupils got adept at turning a series of pictures of their work into a single PDF file for marking and feedback — again, easily given via the stylus input options available.

As we started to return to school, further possibilities were explored and implemented. We updated our data logging equipment such that they were now bluetooth connectable to the iPads and the Data Harvest Apps. Pupils could then collect and organise their experimental data in real time using their iPads, exporting these into Pages, Numbers and Keynote to be used in their follow up reports and presentations. 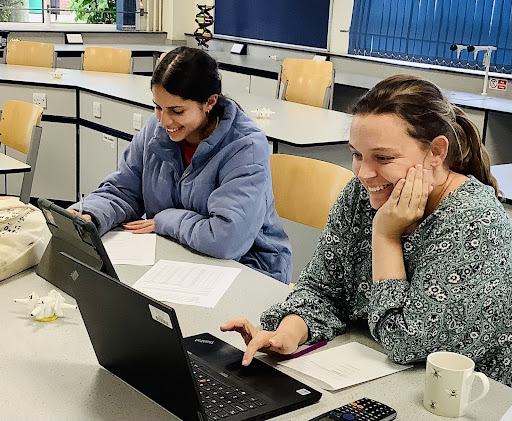 Another app, CMV Filming, allowed pupils to record real time motion experiments and use the inbuilt tools to edit and set time and reference points — letting them conduct more complicated motion based experiments, including projectile motion and non-linear motion situations. As a further example, a recent Year 12 lesson on velocity had iPads connected to a data logger, connected to a light gate, which is used to measure the velocity of a car down a ramp. Far more efficient than clunkily using a stopwatch (which would be inaccurate), the app on the iPad (Easy Sense 2) records pupils’ results and produces them efficiently as a graph to collect and visually chart results automatically. Now that’s speedy! 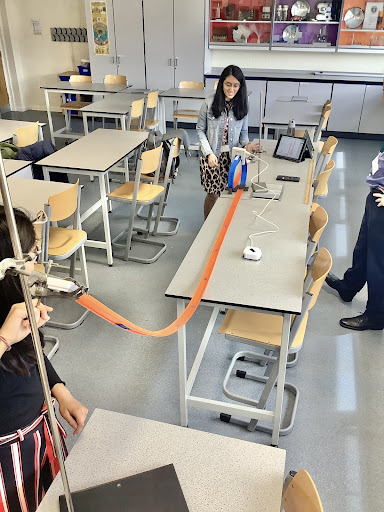 It’s all in the Chemistry

One of the best things about having technology to hand is how it supports collaboration and use of data. For example, our Year 12 Chemists are currently taking part in the Royal Society of Chemistry’s annual Schools’ Analyst Competition (sponsored by the Analytical Chemistry Trust Fund) which requires independent reading, consolidation of prior knowledge, use of  leading to the sharing of findings online, uploaded to the judging website, having explored analytical techniques such as chromatography and titration. as part of a study on fish and chips! (And I thought ‘fission chips’ were a physicist’s favourite food!) 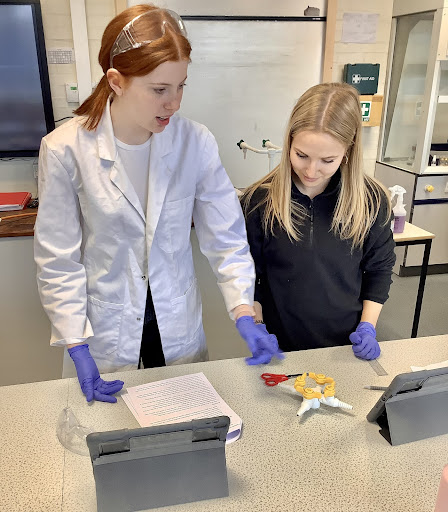 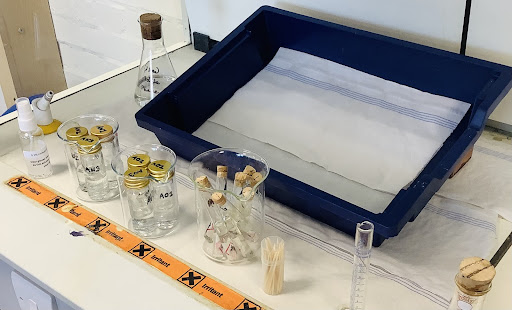 Whether it’s researching anatomy in Dissection Club or recording data collectively, as we continue to explore and adapt our use of technology in and out of lessons, the list of uses of the iPad just keeps growing. Further examples include: 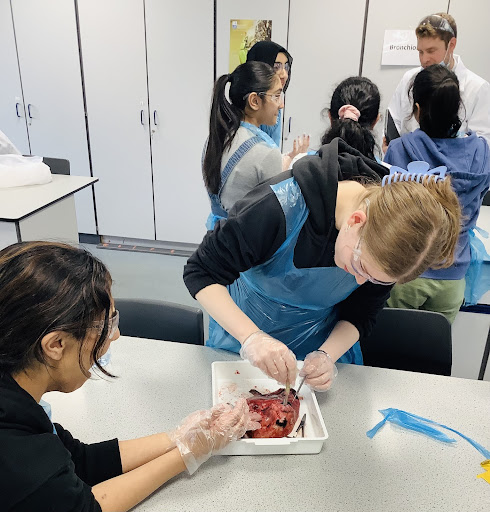 Pupils are able to work collaboratively with ease and staff are able to glance through a live document without interrupting the workflow, giving feedback and prompts quickly and effectively. Pupils can work through tasks more independently,  taking longer where they need to and with access to additional resources to help them progress without relying on a teacher telling them what they need to know. Teachers can share ideas and resources quickly and easily — adapting a resource or notes from one lesson to another and for different groups or pupils. 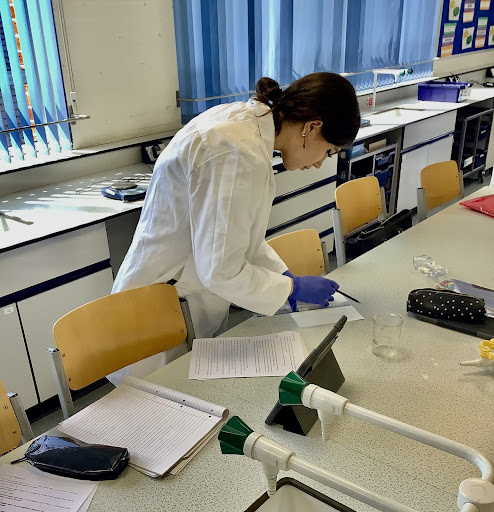 In Sciences, we are committed to enabling pupils to explore big ideas and new possibilities, reflecting on what they discover. iPads support this innovation and reflection. We will continue to experiment.