At the end of last week I had the pleasure of attending our annual House Performing Arts festival, and then presenting the overall winners (Luxton on this occasion) with their trophy at the traditional Oscars ceremony. Along with an appreciative audience of amused parents and other staff members, I witnessed some great drama, comedy, singing and dancing as the four Houses acted out their ‘Murder Mystery’ themed plays. 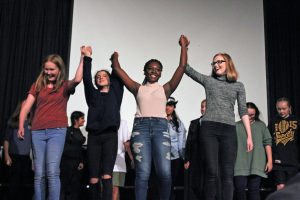 What struck me most throughout all of this however, is what a fantastic and successful idea our House system actually is. From the moment a girl starts here she is allocated to one of four House groups, and from that moment she is automatically a team member, part of one big, happy, whole school  House family with an opportunity to get involved in a huge variety of activities. Seeing girls across all year groups getting on, working together, collaborating, supporting and encouraging each other really gladdens my heart. 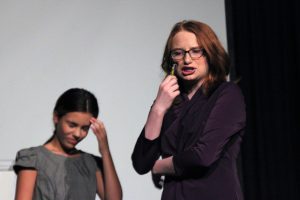 The House Performing Arts festival always takes place at the start of a school year and is a brilliant way of welcoming new Year 7 girls into the Senior School, and establishing their relationships with girls further up the school, especially in the Sixth Form. In time honoured tradition, Year 12 girls scripted and produced the pieces. Auditions were held, parts allocated to girls from all Senior year groups and rehearsals enthusiastically attended until finally, it was time for the Houses to perform their finished plays in front of a Senior School audience, and then an audience of parents and guests. I loved it! The quality was superb, the talent evident and the laughs came thick and fast, often at our expense through some gentle parody. But what a fantastic achievement to say the girls organised the whole thing themselves, from beginning to end. 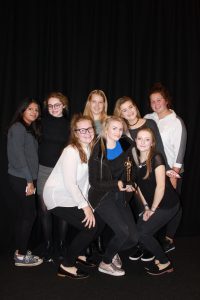 Although House Performing Arts is a bit of fun, it can lead to and nurture a more serious interest in drama and music, even in those girls who often shy away from the limelight. And House events are about much more than just fun – they offer educational experiences through such events as House debating, choral speaking and the spelling bee to name but a few. Being a member of a House is such a beneficial thing. It gives every girl that extra sense of belonging, of pride in her House, a chance to show leadership skills, a team to support and a wider friendship circle across all age groups.

When I announced the winners of Best Overall Performance last week, it was met with such an almighty roar, followed by cheering, clapping, chanting, dancing, hugging and congratulations – it was truly uplifting. 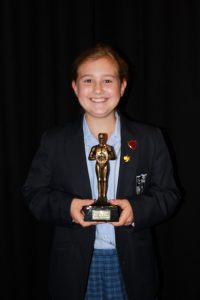 Anyone would have thought they’d just won the Champions League – and in a way they had; every girl a champion in a league of her own. Yet the happiness was contagious and even though Luxton were overall winners, every House won an Oscar for one thing or another, there were no sore losers in the room and everybody left there with a huge smile on their face.

Our Houses are named after the first four Headmistresses of the school, and I’m sure they’d be thrilled to know that something so traditional was still going strong, with a modern twist, providing such a bonding experience enriching the lives of our girls in so many ways.