We love to hear the tales, stories and anecdotes of our alumnae about their time at NGHS. These are often shared as we wander around the school, walk along the Covered Way, through the Senior Hall, popping down to the dungeons, or just standing in Clarence Lodge outside the Head’s Office.

Fond memories are often recalled and we’ve been very lucky that Rae Hold, NGHS Alumna 1954 – 1961 used some of her time in lockdown to share her memories. Hopefully our doors will soon be open again for alumnae to tour the school, but for now enjoy Rae’s account of her NGHS school days from 60 years ago. 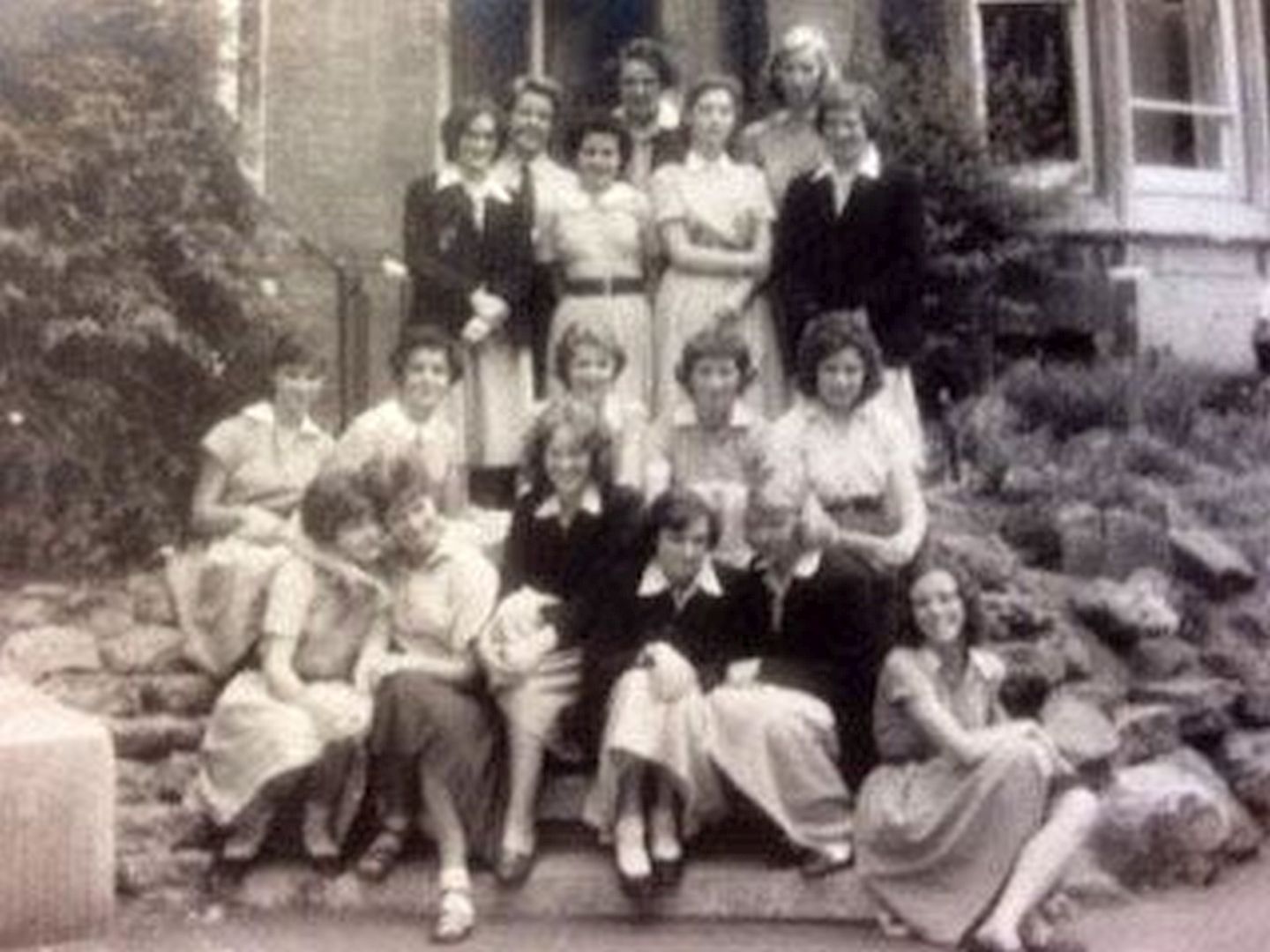 I have been intending to put fingers to iPad for ages, and now, here I am. Miss Gornall would have instructed me to write in complete sentences – but I haven’t got time for that. I was at NGHS from 1954-1961, and really enjoyed my time there. What do I remember?

* Arriving at school on the first day and not knowing anyone else there. Really nerve wracking.

* Sitting cross-legged on parquet floor in the Hall at the front of the Upper Third block. On the front row on the stage were the Third Year Sixth Oxbridge entrants. SILK stockings!

* Queueing to go into the Hall for morning assembly, having remembered to take the small blue hymn book. This was mine for the full 7 years, and is still on my bookshelf. Amazing how small the print is!

* Girls fainting in Assembly was a regular occurrence.

* Singing the beginning/end of term school song. On the last day of term, I think we attended only until 11 am. Were then handed our end of term report in a sealed envelope, and then we ‘escaped’ for the holiday.

* Lots of hymn practices. Loved those, and the singing of the hymns each morning. Loved music lessons too. These were in the Hut across the road, with Miss Sandy.

* More singing memories – I was in the School Choir. At Prizegivings, at the Albert Hall on Derby Road, we would be sat right at the back on the stage, next to the huge organ pipes. 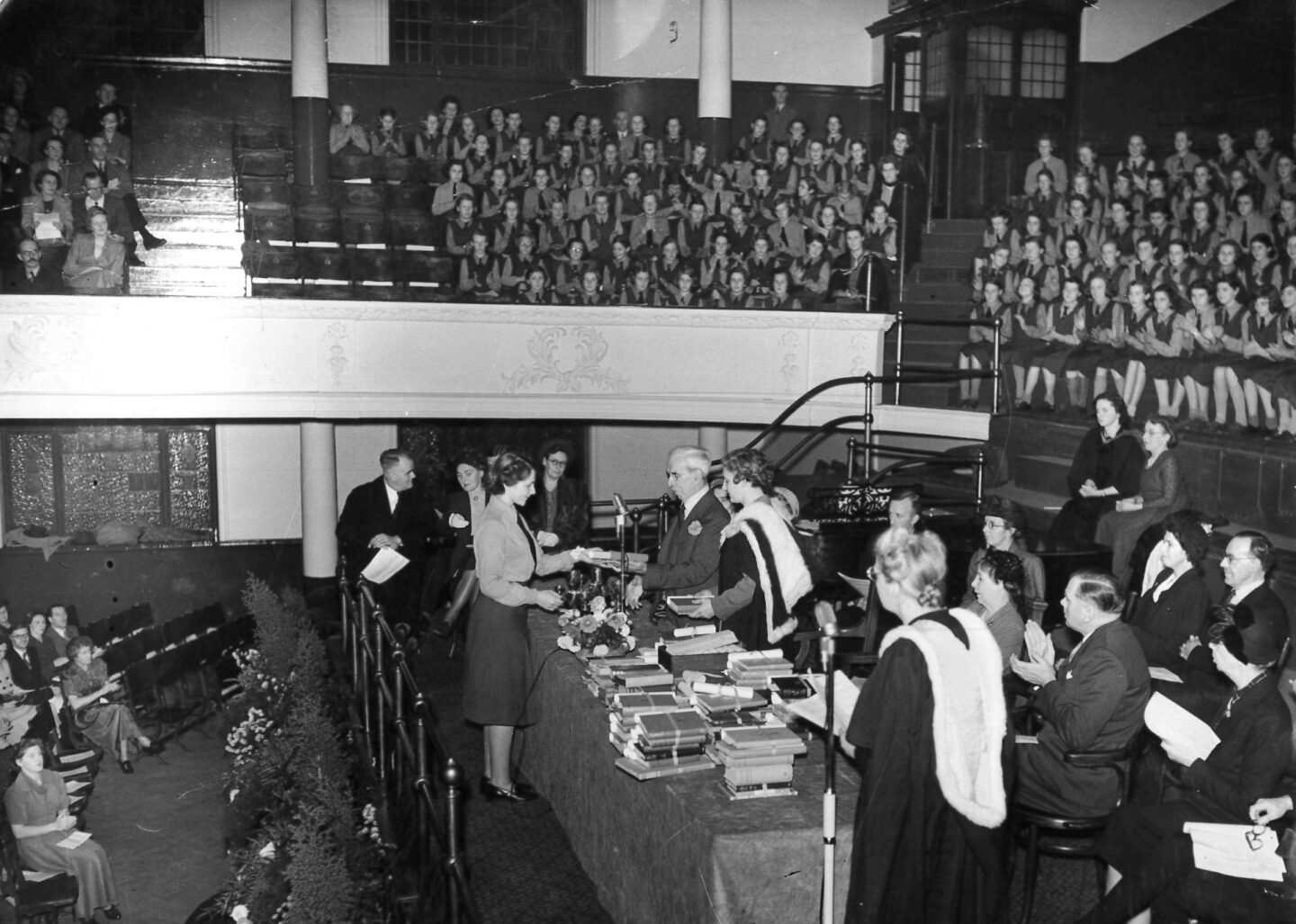 * Was also involved with School Plays. Some of these were staff and pupils together. I remember going home late after one evening performance, travelling on the train from Nottingham Victoria station. Must have been very tired, missed my stop at Radcliffe, and found myself at Bingham station. No mobiles then! Worried parents – yes!

* Something else I enjoyed – learning to develop rolls of camera film in the photographic studio. That would be a museum entry now, I think.

*Catching the bus on Games afternoons to Thackeray’s Lane. Later, to Redhill Lodge Drive, I believe?

*We had trips by coach or train to Wembley Stadium for the Women’s Hockey International matches. What an atmosphere! On occasions, we were watching our PE teachers playing. I remember Margaret Glossop, and Biddy Burgum.

*Remember spending a freezing cold week in April of O Level year on a Geography Field trip in Snowdonia. Unheated chalets. Good fun, and I learned a lot as well.

*Buying uniform at Dixon and Parker’s. Kneeling on the floor to have skirt length measured – 1 inch above the knee (until you grew!). Later on I had a pleated skirt. These lost their creases when you’d sat in them and needed regular pressing. I got round this by sewing the edge of each pleat on the sewing machine. Took ages, but it saved hours of damp pressing! Did you have a blue Science/Art overall? Two buttons at the back. I decorated mine by printing Bambis round the bottom with a Lino-cut before I left. I still have the overall and use it for painting and decorating. It is heavily patched, but it is over 65 years old!! More for the museum? 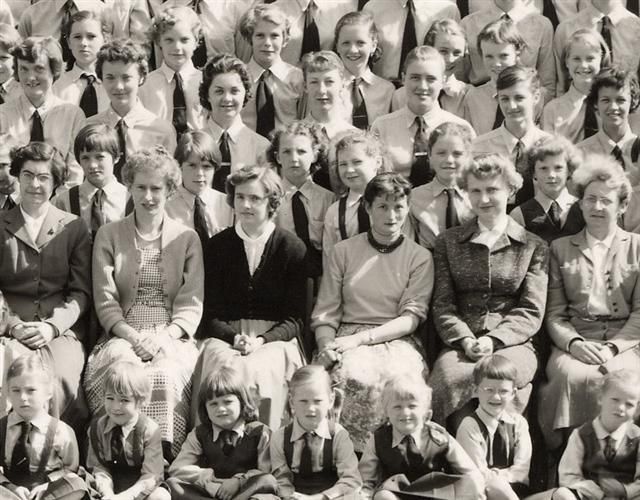 *Money belts with a tiny zip pocket for ‘dinner’ tickets.

*Cloakrooms in the basement.

*Having to have ‘indoor’ shoes.

*Having to have a Fog address, to stay with someone near to school, in case public transport was cancelled due to poor visibility.

*New text books being distributed at the beginning of the year, and having to take them home to cover them in brown paper or wallpaper – to make them last! A bit different from I-pads and laptops!

*Privileges in the Sixth Form – being able to walk in the Arboretum at lunchtime. Dancing lessons, and dances with the Boys’ High. Privileges?? 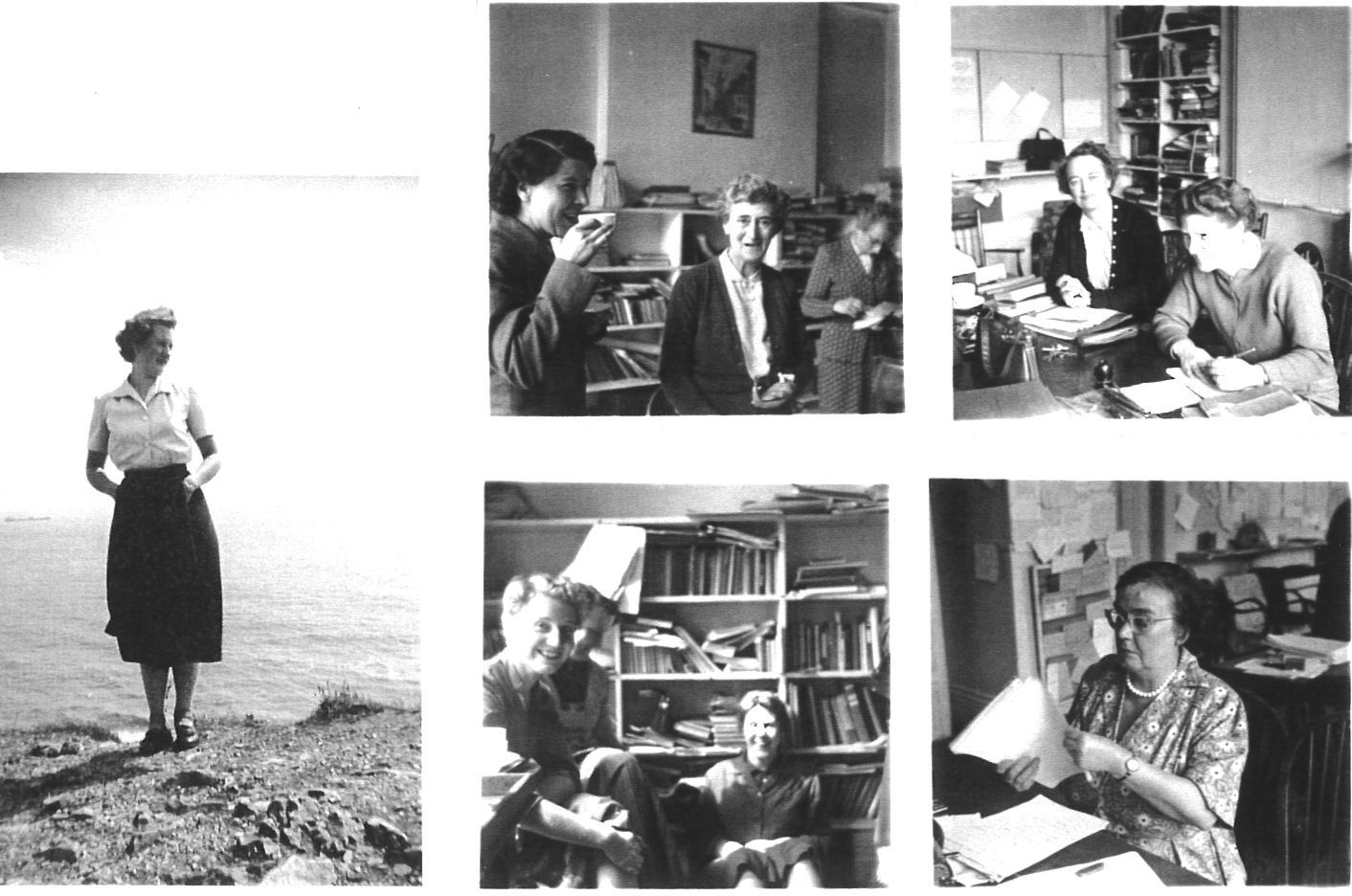 * Last memory – the ‘traffic lights’ system outside Miss Milford’s study. These indicated whether you could knock, wait for amber, or shake and shiver for longer if the light was on red!

Those were the days!