Antonia’s dedication, not only to our school community, but also to her incredible career, demonstrates the same steely determination and passion that we want all of our girls to adopt.

Antonia Gardner is a 1990 leaver of Nottingham Girls’ High School, and no working as a Consultant Partner at Gunnercooke LLP. Antonia began her time in Higher Education by studying English, and then American Studies, before deciding to become a lawyer. After 7 years in Higher Education, Antonia began her career as a lawyer and has been highly successful in her chosen field. We’re so pleased that Antonia appreciated her education here so much that she decided to send her own daughter to NGHS, who is with us today.

I work what feels like full time, although as I work for myself I am lucky enough to be flexible about hours and schedules. I am married to Rob (ex Nottingham High School for those who may remember him) and we have three children between us: my stepson is 16; my son is nearly 14 and our daughter is 6 and in Year 1 at NGHS. 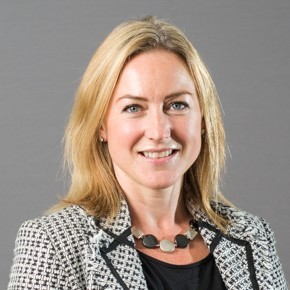 I do various careers events at NGHS for girls who are interested in a career in law and the various pathways into that career; also the many and varied careers you can have using a legal background. I became a governor in 2015, before I was a parent at the school, and continued in that role after my daughter started in reception. Wearing two hats is an interesting balance sometimes but it has worked so far! My particular interest from a governor perspective is pastoral care and the health and wellbeing of the girls.

My time at NGHS undoubtedly provided the solid foundations for life after school. I gained the self-confidence and profound sense of self-worth to see me through some difficult times that followed. I believed in myself even when I didn’t want to, because it was reinforced constantly and on such a basic level during the teenage years – life can be challenging but I was strong enough and I could cope. NGHS gave me the freedom to be a child and also equipped me with the “tools in the box” to deal with adult life: particularly kindness, empathy, resilience and positivity. The friendships I made there are still going strong despite some quite fundamental turns in the road. I couldn’t ask for more in a school, or for my daughter.

NGHS undoubtedly provided the solid foundations for life after school. I gained the self-confidence and profound sense of self-worth to see me through. The tools in the box to deal with adult life: kindness, empathy, resilience and positivity.