Patrice may only have attended NGHS for four years, but that was enough time for her education to have made an impact on her life and career.

Patrice may only have attended NGHS for four years, but that was enough time for her education to have made an impact on her life and career. Her story is also unique in that she was the first and only black girl at the school during her time here. She went on to find success and recognition in the field of Law, and continues to champion women’s rights and racial equality, as she tells us:

After her graduation from St Hugh’s Patrice was called to the Bar (Inner Temple) and returned to Freetown in Sierra Leone where she had lived for six months. There she practised Law for thirteen years from 1977. In 1990 she returned to England and took up various legal posts, eventually becoming a full-time judge in 2002 with jurisdiction covering immigration and asylum and deportation, human rights, bail, and EU cases. During these years she also immersed herself in voluntary work, becoming Secretary and then Coordinator of International Relations of the Sierra Leone Association of University Women. In 1989 Patrice was elected as Vice-President of the International Federation of University Women (IFUW) – she was both the youngest and the first elected African Vice-President.

After taking early retirement as a Tribunal Judge in 2017, Patrice served for three years as President and Director of the British Federation of Women Graduates (BFWG) and Director and Trustee of Funds for Women Graduates (FFWG) – one of the largest providers of post-graduate scholarships in the country. She remains today, an Honorary Graduate of St Hugh’s College, Oxford. 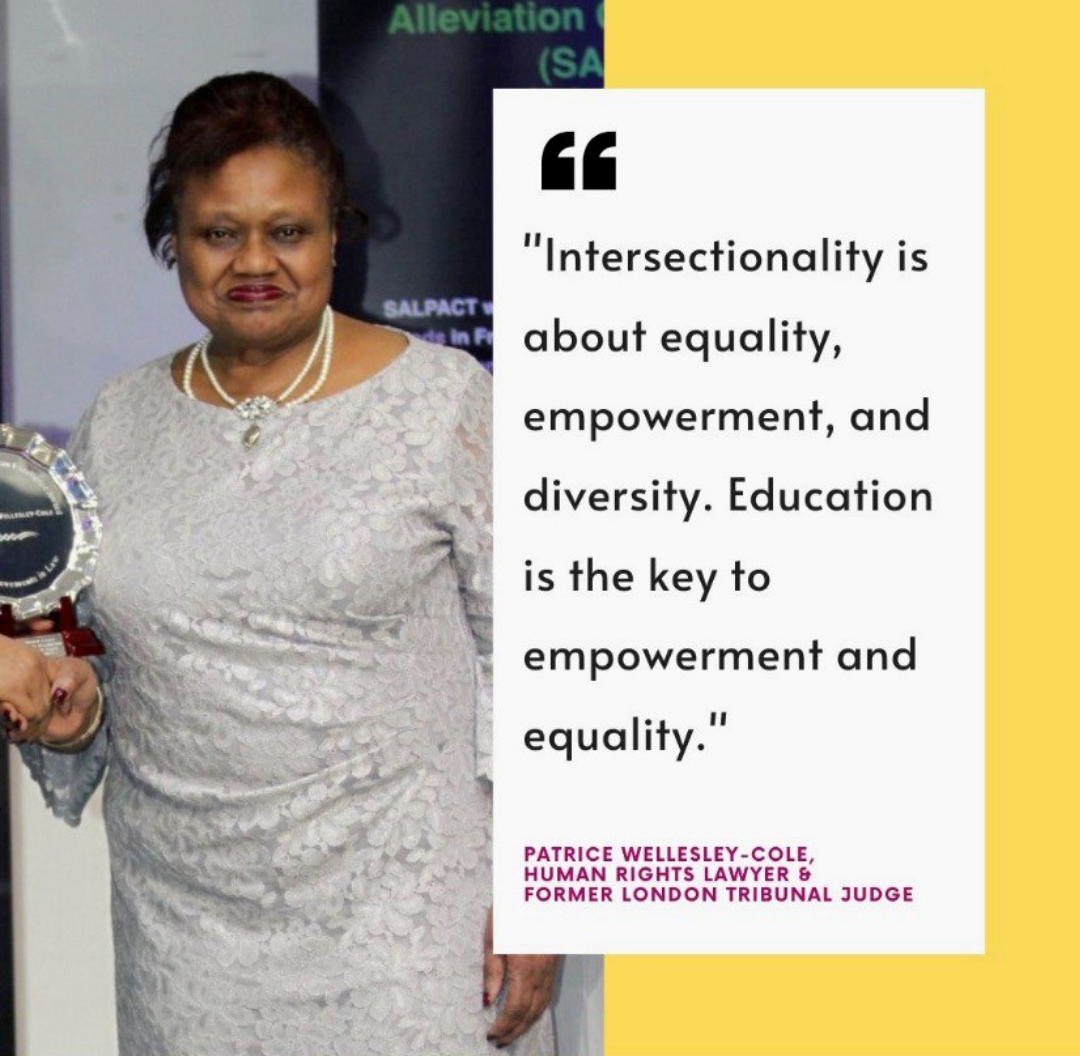 Patrice tells us about her time at NGHS

“My time at NGHS was confined to four years of Junior School from the ages of 5 – 9 but it gave me a foundation for a solid career as it grounded me educationally and morally. It was in the late 1950s to early 60s – a different era. I learnt the three Rs and discipline was instilled in me by strict teachers. My parents,  like others who sent their daughter to the leading school that NGHS is, saw it as an algorithm for success; good exam results, a Russell group university and rewarding career. I was a  pioneer in many areas, bicultural and Afro Saxon, as the first black schoolgirl not only at NGHS but also my other two schools – New Court Prep School in Cheltenham, then Marlborough Girls’ College. My time at NGHS gave me the confidence to develop leadership and interpersonal skills from an early age. Two years later I became Class Captain at prep school, then Head of Sixth Form at MGC. The schooling at NGHS was the beginning of a journey ending with achieving 3 A-Levels with ‘A’ grades and gaining a much coveted place at Oxford (St. Hugh’s College) to read Law at a time when there were only five women’s colleges  at the university.

My memories of my time at NGHS include assembly, interacting with friends during break, and every weekend, the fun of children’s birthday parties in different parts of Nottinghamshire. I enjoyed singing and remember singing “I’m a stranger here”. Christmas was a special time and acting in the Nativity play was the highlight. I played the African King and my parents dressed me in typical West African attire for the part. It was indeed a privilege to attend Nottingham Girls’ High school.”

As Patrice said herself, she was indeed a pioneer as the only black schoolgirl at all three of the schools she attended, and also the only black undergraduate at St Hugh’s College during the early 1970s. Her success is a testament to her belief in herself, which is one of her pieces of advice to the current generation of NGHS girls, along with positivity and prayers, and working as hard as possible.

My time at NGHS gave me the confidence to develop leadership and interpersonal skills from an early age.